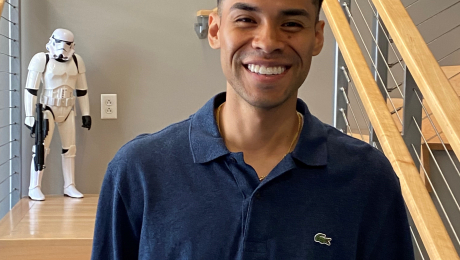 Francisco earned a Bachelor of Science in Interior Architecture from the Indiana University of Pennsylvania. He grew up in Central PA, where modern architectural sites were hard to come by, but historical ones were scattered everywhere around. Fascination with how and why buildings were designed during their period led him to an architectural career. Historical preservation and renovation greatly influence his design style and approach to certain projects. The desire to freely design and create a structural either commercial or residential that’ll provide the public with a structure that both visually and physically functions truly gravitated to his design goals.

Having previously worked for a commercial contractor, Francisco is eager to gain the experience and knowledge needed to complete a residential design project. During his free time, you can most likely catch him outdoors with friends either on a hike or teeing off golf balls at the range. Other favorite hobbies include physical activities such as the gym, soccer, and tennis. He also enjoys taking architectural photographs when visiting and exploring various cities.