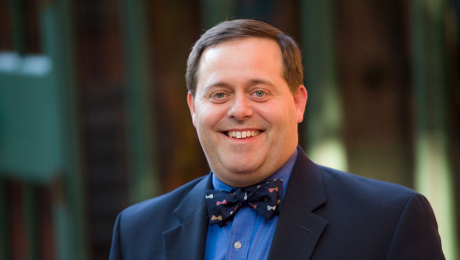 Architect/Principal Scott Bowen loves a good story almost as much as he loves architecture. In the last few years, he has found ways to merge the two into the driving force behind MSB Architects. Your Story Built isn't just our motto, but how Scott approaches each new design.  His story started at The Catholic University of America's School of Architecture and Planning, where he earned his Bachelor of Architecture and Bachelor of Science in Architecture.  Scott's early career was spent with the award-winning firms of Carlton Abbott and Partners in Virginia and Centerbrook Architects in Connecticut, where he played a role in creating in educational, civic, religious, and institutional settings. Since then, his personal story evolved into an ownership role as he writes the story for MSB Architects.  Scott is a licensed architect in Maryland, Virginia, West Virginia, Pennsylvania, Georgia and the District of Columbia.

Deeply committed to his community, Scott is a member of the American Institute of Architects, Hagerstown Rotary Club, Washington County Building Code Board of Appeals, The Greater Hagerstown Committee, The Discovery Station Board of Directors and is a past The Maryland Theatre board member. Scott is also a graduate of Leadership Washington County (Class 30) and is in the current Leadership Maryland class. He also serves as President of the AIA Potomac Valley chapter.

Scott is a saltwater aquarium hobbyist, spending much of his free time reading up on the care and maintenance of his tanks.  Given the opportunity, he would love to tell you all about his Reverse Osmosis De-Ionization (RO/DI) water system.  Scott is a strong advocate of music education and began taking guitar lessons himself after he was given a guitar for Christmas in 2011.  And in case you haven’t noticed, Scott loves his bowties.  Make sure you look closely, as you never know what will appear in the bowtie’s pattern.