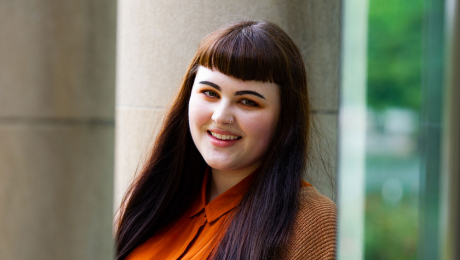 Mackenzie graduated with a Bachelor of Architecture Degree from Marywood University in Scranton, Pennsylvania. During her academic career, she studied abroad in Florence, Italy which sparked her interest in travel and gave her insight into the importance of historic preservation and unique cultural aspects found in urban and architectural design. Since Marywood’s architecture program focuses heavily on sustainability and urban design, her main architectural interests are placemaking and theories of urban form.

Previously, Mackenzie held an internship in the Department of Recreation and Parks at the Howard County Government, where her main tasks involved ADA studies and documenting historic structures. In school, digital fabrication, interior materials and methods, and applied digital media were some of the various electives she completed. She was also part of the Environmental Club at Marywood, which promotes awareness of environmental issues.

In high school, Mackenzie played the violin in the orchestra, and the bass drum in marching band. She has an interest in foreign languages, having taken seven years of Spanish and two years of Italian, in addition to living in Italy for four months.